Yesterday was my birthday.  In case you were wondering I turned 39 years old.

Birthdays always seem weird to me, well they have done lately, and by lately I mean the last 15 years or so.

They are OK, I just don’t get too excited by them.  They are just another day.  But it’s day to remind you that you have been around Sun one more year.

And that’s great, it means you are still surviving.  Things are going OK, in the grand scheme.  It also sometimes smacks you in the face.  You wonder why you haven’t achieved anything, then you think you have.  But maybe not as much as other people, then you remember not to compare yourself to other people, everyone is on their own journey, whatever that may be.

Time for a Pivot

As I’m trying to push out a post each month, and because I have a large state of posts that are in the draft stage, this one is a combination of pondering about life above, and now moving onto talking about something else I am working on.

So a while ago, maybe.  I wrote this post about metal detecting.  And how I sometimes end up going down this rabbit hole about it all.

Well, one of the things I actually wrote another post about (after checking) was the talk about a metal detecting website.

The plan at the time, and up until last week was to make a metal detecting website.  I was conflicted about it being general advice about detecting, or some sort of blog that followed me in my quest.

I decided to do blog posts with info for new detectorists.  I thought I had posted the first blog post.  Now I know for this to gain traction it would take a lot of writing.

Especially as there is a lot of great content out there already.  Could it work?  Well we will never know.  About 2 weeks ago I checked up on what I had done as I was about to have a burst of enthusiasm.  Turns out I had posted the post, but not made the website live.

After making that live. I sort of thought I didn’t want to actually write blog posts.  So what was I to do?

It was after listening to some interesting podcasts I decided to pivot. 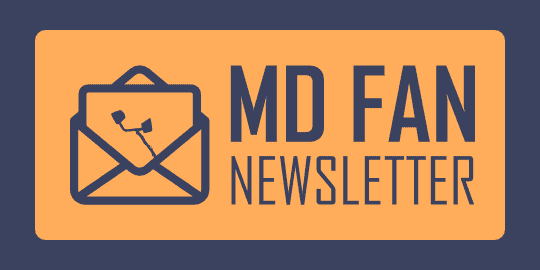 So over a couple of days, I changed everything, set up the email side of it, and started following a lot of people on Instagram.  A lot of people followed me back, and I managed to get 3 people to sign up for the newsletter.

The first one just went out.  Let’s see how it goes.

Oh and if your wondering, it can be found over at metaldetectingfan.com 2020 is here, time to reflect a little and think about the future. It’s amazing to me where you can find pieces of rubbish. Why do people throw rubbish everywhere? In an effort to get thoughts out of my head, and to have another project to alternate to and from, I’ve decided to make a website about metal detecting, I think. Over the last couple of weeks I think I have been getting over Social Media, have I had enough of this? Is it me, or is it the platforms? I ponder these questions.